The History of Contact Lenses: Unearthing the Time Capsule 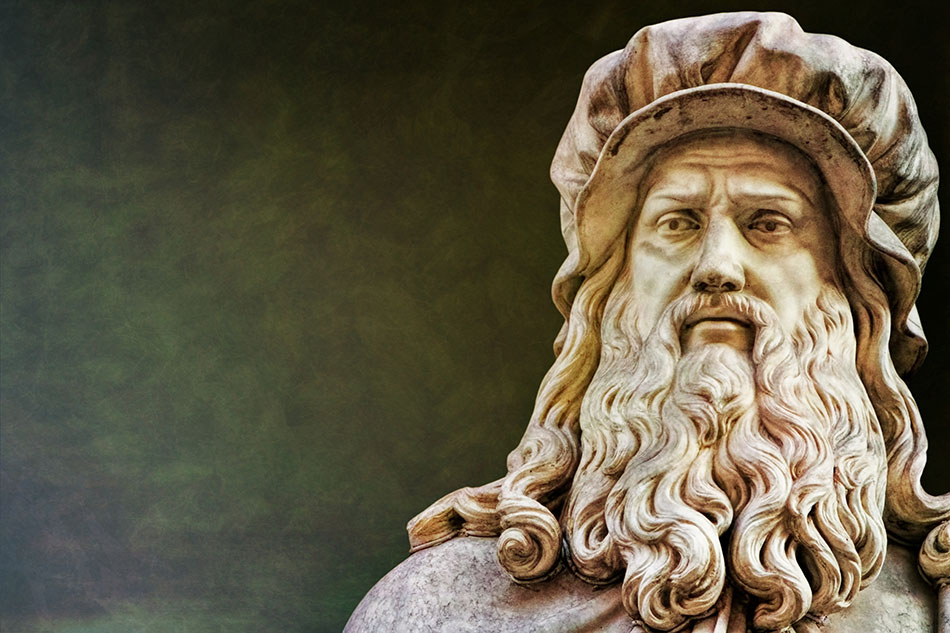 Can you imagine the first contact lens? The first physical version worn was actually made of glass! It was a cup-like shaped glass piece that held liquid directly onto the eye.

But that was Thomas Young’s invention. We’ll get to him shortly. The real history of the contact lens started with Leonardo da Vinci. Vision correction through glass and water was his brainchild. In 1508, his work entitled “Codex of the eye, Manual D” marked the start of the history of contact lenses.

He studied how our eyes change in optical power to view near and distant objects. Da Vinci proposed submerging the eye in a bowl of water to improve vision. This was not a practical measure. He then drew plans of an open-ended glass funnel, which contained water to improve vision. This device was never created, since it was labeled as impractical.

So how did the contact lens evolve from concepts centuries ago to the lenses we have today, and beyond? Let us consider the later pioneers, their ideas and contact lens innovations.

Rene Descartes also believed that water improved visual acuity. He based his work on da Vinci’s hypotheses and was the first person to propose the creation of corneal lenses.

Descartes invented a sealed, water-filled glass tube that rested on the cornea. However, this was not a workable proposition. It would need constant external pressure to remain in place. Another issue with this device was that the wearer couldn’t blink while wearing it.

Unfortunately, an extra 165 years would pass before any further improvements.

Thomas Young was another innovator who continued the study of eye accommodation. This is how the eye sees objects at varying distances.

Young devised a liquid-filled “eyecup” with a microscope eyepiece fitted to its base. The eye sat right inside of the liquid. Thomas added a wax seal to the edge of the cup in an attempt to stop the water from leaking out around the edges of the eye.

Even though this was not a practical solution to eye problems, it was a great early predecessor. Young’s experiments also found the cause of astigmatism, which was groundbreaking. 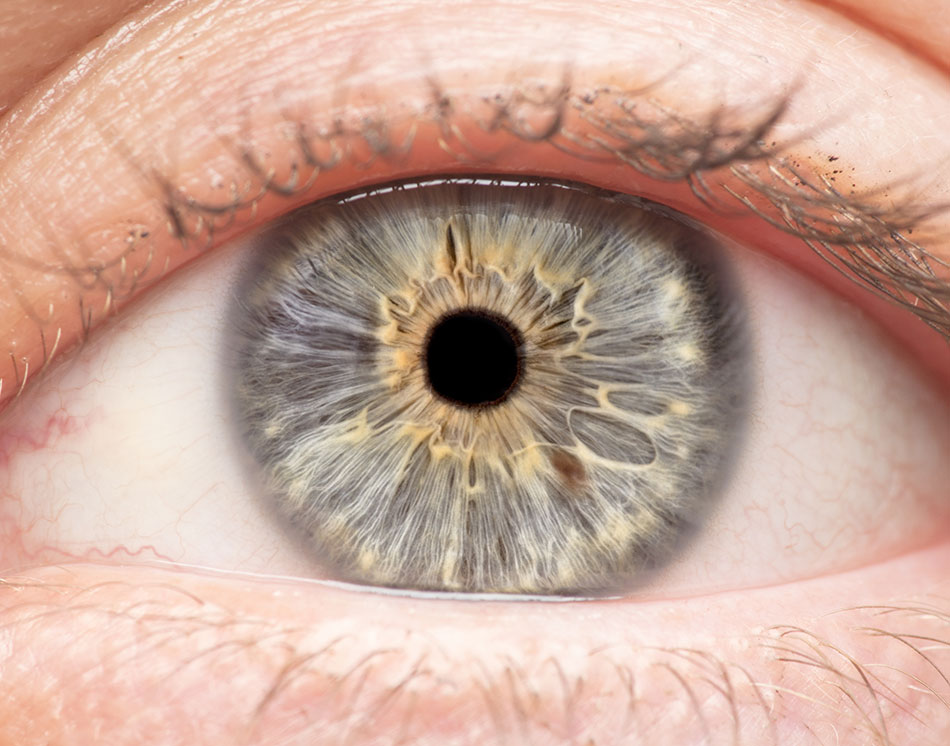 In 1845, Sir John Herschel proposed a set of solutions for vision correction. This included a spherical jelly-filled glass capsule and a corneal mold impressed on a transparent material. But these were just theories. So unfortunately, Herschel did not make a prototype in his lifetime.

Adolf Fick created and fitted the first version of the modern contact lenses in 1888. These afocal scleral contact lenses were made purely of glass. They also contained a dextrose solution between the glass and the cornea. This solution reduced eye irritation. Fick first fitted his invention on rabbits, then himself, and finally, some volunteers.

Fick was not the only researcher in the field, as there were two other independent innovators. The first researcher was August Muller. Muller designed blown-glass contact lenses, which he used to correct his severe myopia.

Eugene Cult was the second independent innovator. Cult proposed the creation of glass shells, or corrective-shaped lenses. These lenses treated keratoconus, the progressive malformation of the cornea. Although these lenses allowed blinking, they were cumbersome. Wearers could only use them for a few hours at a time.

While the glass contacts were a significant development, they were still flawed. Since the lenses covered the entire eye, they blocked oxygen flow to the cornea. Oxygen deprivation meant severe eye irritation for wearers of these early lenses.

Herschel inspired Josef Dallos and Istvan Komaromy. They created scleral lenses customized for each patient. While this resulted in better fitted lenses, eye irritation was still a problem.

Glass contact lenses were the only option until the 1930s. This ended with the development of polymethyl methacrylate (PMMA). This innovation sparked the birth of plastic scleral lenses by William Feinbloom. These plastic-glass lenses were lightweight and convenient, and soon replaced the glass version.

However, these plastic lenses still blocked oxygen flow to the eyes. This was because they covered the eye surface with a non-breathable barrier.

In 1948, Kevin Tuohy discovered the first plastic corneal lens during a lab mistake. Tuohy was processing a larger scleral lens which broke, leaving a smaller segment. He adjusted and tested the smaller section in his own eye.

Because the contact only covered the cornea, he found it to be better fitting than the original lens. This was the pivotal moment from which the now familiar corneal contact was born.

The discovery of rigid gas permeable (RGP) plastic in the 1970s proved significant. It was then used to make lenses that improved eye oxygenation. 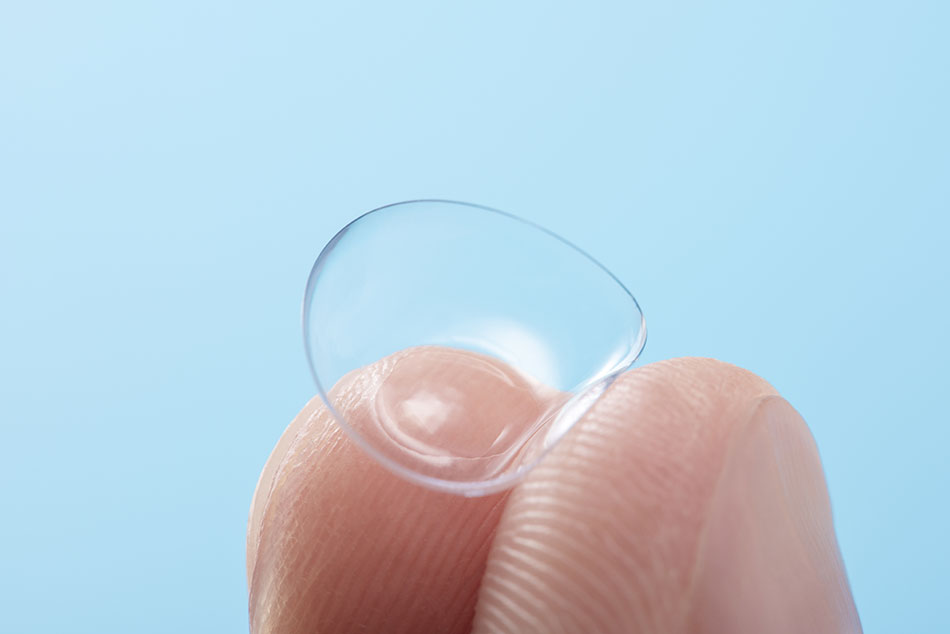 Otto Wichterle and Drahoslav Lim invented hydrogel in 1954. They then published their groundbreaking discovery in 1959. This lead to the application of hydrogel in many medical specialties.

Robert Morrison was the first to use hydrogel to make soft and flexible contact lenses. Bausch and Lomb started manufacturing these soft contact lenses in the 1960s.

Manufacturers now create a range of lenses, such as daily disposable contact lenses. We have come such a long way from wearing liquid-filled cups on our eyes!

The Future of Vision: Bionic Contact Lenses and Beyond

We have opened and unpacked the contact lens time capsule. Now, let’s explore 4 lenses of the future:

We are so grateful to have this history of contact lenses recorded. Leonardo da Vinci and the inventors who followed paved the way to today’s amazing designs. Thankfully, we also currently have brilliant scientists working on the future of contacts. One day, our children’s children will benefit from the next generations of contact lenses.